What is ZAG Academy?

- February 26, 2018
At ZAG Academy we turn normal gamers into athletes. Our aim is to grow esport in South Africa at grassroots level and carry that growth over to the senior level competitive gaming.

ZAG Academy was founded in June of 2017. The concept for ZAG Academy was built upon the 2 founders realisation - while attending international events - that South African esport is trailing behind in development compared to other countries. Whilst South African esport is currently ranked 12th overall in the world we realised that it is still almost impossible to earn a living from esport in our country. Overseas professional esport clubs provide their players with gaming houses where coaches, players and even gym trainers all reside to form a part of their program. In South Africa we still have some way to go before we reach their level.

We soon realised that if we really wanted to grow the industry we would have to come up with a sound business strategy to meet our goals. During this time, we looked at all aspects of the South African esport industry and compared it to that of other nations. We identified a lack of coaching at school and lower level competitive esport as the essential missing ingredient towards growth for the industry on home ground. We then deliberated various different strategies to meet this need and out of this need ZAG Academy was created.

ZAG Academy uses a system of feeding back experience gained at the top professional level into the grassroots of the industry. We sign the very best players and teams within the South African esport community and utilise them as coaches within the ZAG Academy program at schools. This creates a sustainable environment for South African esport where top athletes seed the next generation of competitive esport athletes.

During the second half of 2017 ZAG Academy launched its pilot program at Helpmekaar Kollege. The program allowed us to fine tune our training materials and gain valuable feedback from the educator and students on the program. We created a comprehensive coaching program for schools to accommodate various disciplines and skill level. We also structured an internal ZAG Academy League which provides an analytical tool for coaching and also serves as a competitive platform for students in our program.

Esport surpassed the NBA’s viewership in 2016 with staggering figures of over 40 million viewers for finals. There are also various international events featuring a prize pool well upwards of $1 million per title. Locally there will be around R40 million is prize money up for grabs in 2018. The local esport industry has grown from a R29.7m industry in 2015 to a R100m industry in 2017.

Popular posts from this blog

Getting ready for National Team Trails!!! 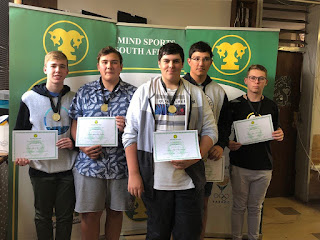 This weekend saw the MSSA hosting their 17th Mpumalanga Provincial Championships. Helpmekaar Kollege once again showed up in strong form!  MiricleWhipp, their League of Legends team, came first in premier division and was awarded provincial colours. Helpmekaar’s CS:GO team, RISING SONS, had a strong showing as well finishing in second place in the premier division losing only to the distinguished team from Taccor gaming.

Helpmekaar’s team MiricleWhipp and RISING SONS have both qualified for National Team Trials and will be facing the other teams on the 2nd and 3rd of June.

- February 26, 2018
Over the past weekend the MSSA hosted their 36th Gauteng Provincial Championships. Among those in attendance were ZAGA and Helpmekaar Kollege.

In the 3rd term of 2017 ZAG Academy started their pilot program at Helpmekaar Kollege. Over the weekend this program started to bear fruit. Helpmekaar entered a team for both League of Legends and Counter Strike: Global Offensive. Both teams qualified to attend national team trials in June of this year. All members of Team Rising Sons earned their Gauteng Provincial Colours in CS:GO for winning all their matches.

ZAG Academy created ZAGA last year to provide it’s players with the opportunity of competing in MSSA events and by doing so possibly earn their provincial or national colours. This of course is extremely beneficial to athletes, as it opens the doors to bursaries and international competition. Aiden Smale competed in Starcraft 2 for ZAGA over the weekend and earned his Gauteng Provincial Colours.

Here are some of our results: